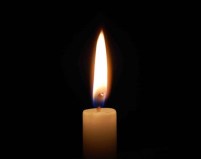 This weekend I’ve been struggling. I am worried about all kinds of random things. My mood has been low. It began Saturday when I heard a song by Linkin Park in a friend’s car, and a conversation began about the lead singer’s recent suicide. It was too much. I was already a little “off”, but my emotions went downhill from there. I stared out the car window for the remainder of the drive, and when I got home, laid down on the couch for some rest until my heart’s pounding became so noticeable I forced myself to get up and move around.

Suicide is not an option for me anymore. But that’s so much easier to say and feel when I’m not in the depths. I am still too fragile at the mere mention of self-harm and suicide to engage in an intelligent conversation about it. It still upsets me way too much.

It’s hard for me to talk about, and I think it’s because I have so much to say. Everything I want to express ties in so personally to me that I feel exposed. When I’ve talked about my history with suicidal ideation, attempt, and self-harm, I’ve almost always remained semi-hidden behind a computer monitor. Despite people seeing my picture or even knowing me personally (e.g. on Facebook), I think I feel slightly more anonymous than when I’m looking into someone’s eyes (or avoiding doing so). And with typing, I can carefully plan what I say and edit or backspace as needed – which turns out to be a lot.

I am trying to take care of myself, and sometimes that means staying out of conversations that I know would negatively affect me. It’s hard when I know I want to stand up for people and be a voice to the voiceless. It’s really important to me that people understand the complexities of depression and other mental illness.

The thing is – that wasn’t really what I wanted. I didn’t really want to die; I wanted the pain to end. I couldn’t see an end in sight other than my own death.

I am happy to report that despite a lot of continual pain, it has truly gotten so much better. I’m grateful that my plans failed and my pain lessened so much that I’m glad to be alive. I didn’t think that day would ever come. It has.